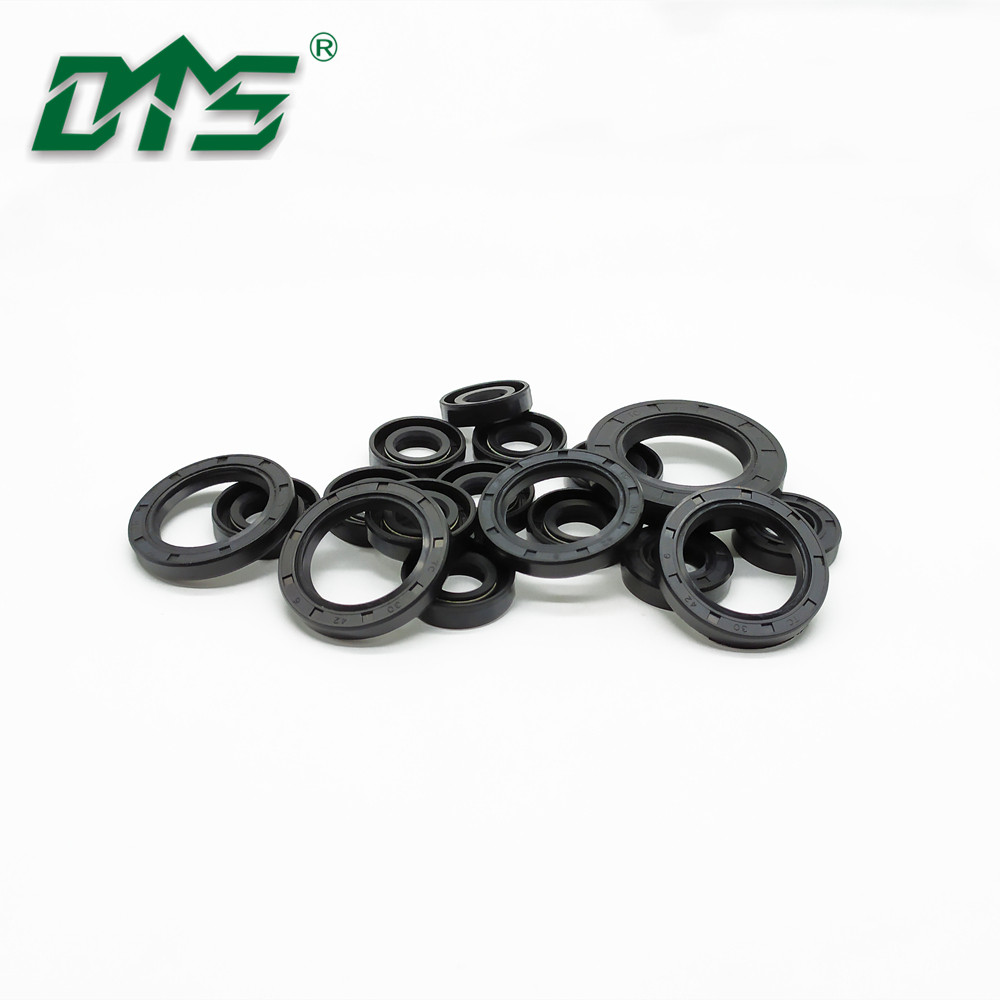 The skeleton oil seal generally consists of three parts: the oil seal body, the reinforced skeleton and the self-tightening coil spring. The sealing body is divided into bottom, waist, cutting edge and sealing lip according to different parts. The skeleton is like the steel bars in the concrete member, which acts as a reinforcement and enables the oil seal to maintain its shape and tension. Usually, the inner diameter of the imported skeleton oil seal in the free state is smaller than the shaft diameter, that is, it has a certain "interference amount". Therefore, when the oil is sealed into the oil seal seat and the shaft, the pressure of the oil seal edge of the imported skeleton and the contraction force of the self-tightening coil spring will produce a certain radial tightening force on the shaft. After a period of operation, the pressure will decrease rapidly. Even disappear, so adding a spring can compensate for the self-tightening force of the oil seal at any time.

The nitrile rubber O-ring is a copolymer of acrylonitrile (ACN) and butadiene. The performance of nitrile rubber mainly depends on the CAN part (generally 18%-50%), and the CAN content is higher than 50%. It has strong resistance to mineral oil and fuel oil, but its elasticity at low temperature and the compression set rate become poor; the formula with higher butadiene (such as 78%) has good low temperature resistance, But it also sacrifices oil resistance at high temperatures.

Silicone rubber (Q) is a special rubber containing silicon and oxygen atoms in the main chain, of which silicon element plays a major role. Its main features are both high temperature resistance (up to 300°C) and low temperature resistance (minimum -100°C), and it is currently the best rubber that is resistant to cold and high temperature; at the same time, it has excellent electrical insulation and high stability to thermal oxidation and ozone. , chemically inert. The disadvantage is that the mechanical strength is low, the oil resistance, solvent resistance and acid and alkali resistance are poor, it is difficult to vulcanize, and the price is more expensive. Operating temperature: -60℃~+250℃.